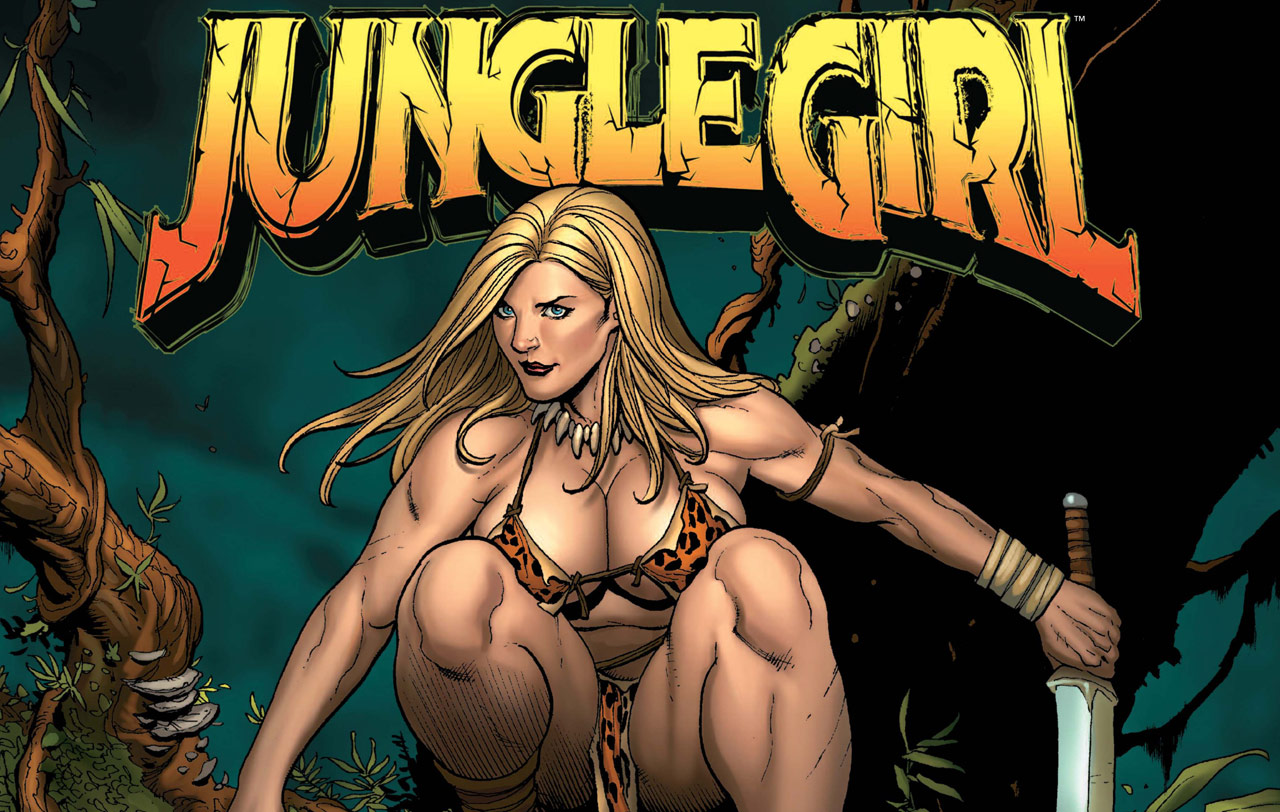 About Jungle Girl from Dynamite Comics

Jungle Girl is one of the top rated comic series offered today and there is a great resemblance to the cartoon Jana of the Jungle. Jana is the main character in the Jungle Girl comic and she shares similar origins to the Hanna-Barbera’s character. The series has been created by Frank Cho, James Murray and Adriano Batista. As FRANK Cho was working, he marked his series 1-3, similar to how television marks various series. Jungle Girl only had 12 issues and ended in 2009. However, Cho stated that he would reveal the original of Jana in the third season. When the series ended after season 2, readers were unfulfilled and had many questions for Cho regarding the character. He once again stated that he would finish the series, but this did not happen until quite a few years later.

During the first season, Jana witnesses a plane crash and saves occupants from two men belonging to another tribe. Many of the passengers of the plane were drug smugglers, which created the wrath of the other tribe. Jana successfully saves the people, but the dangers of the island later claim many lives. Jana lives on with the saved members of the group, soon seeing a tear drop in the sky, which turns out to be a space shuttle coming towards them.

In the second season, the action picks up from the cliff-hanger of season one, with Jana and the survivors dealing with the invasion of the space shuttle. Throughout the season, Jana delivers action and excitement as well as visual appeal, appearing as a sexy saviour. Still, readers have no idea of the origin of Jana and they continue to read of her adventures with prehistoric animals and the threats of the island.

After the release of the second season, Jana seemed to have disappeared, leaving many unanswered questions for readers. Cho has promised to unveil her origin in a third season, but after the 2009 second season, there was no further word on a new book or season. This was all cleared up in 2015, when Cho reappeared with the intentions of finally creating the final season and providing readers with the information they pined for. Jana returned with more action and enthusiasm than ever before and the artwork in the book continued to be mind boggling and pure entertainment for readers.

Cho continued working on Jungle Girl with the announcement of a third series with Dynamite Entertainment. The series will continue to feature Jana, the heroine and it will be co-written by Doug Murray and drawn by Jack Jadson. Cho will offer cover art as well as some co-writing with the series. This new series was solicited in the February 2015 Previews catalogue and was released in April 2015. The Jungle Girl series was one of the successful works of Cho and is one of many pieces that detailed his amazing talents for illustration and character creation.